Russian divers found pre-revolutionary steamship in Karelia. It stayed under water more than 80 years. After an air raid in 1940 a steamship plunged i... 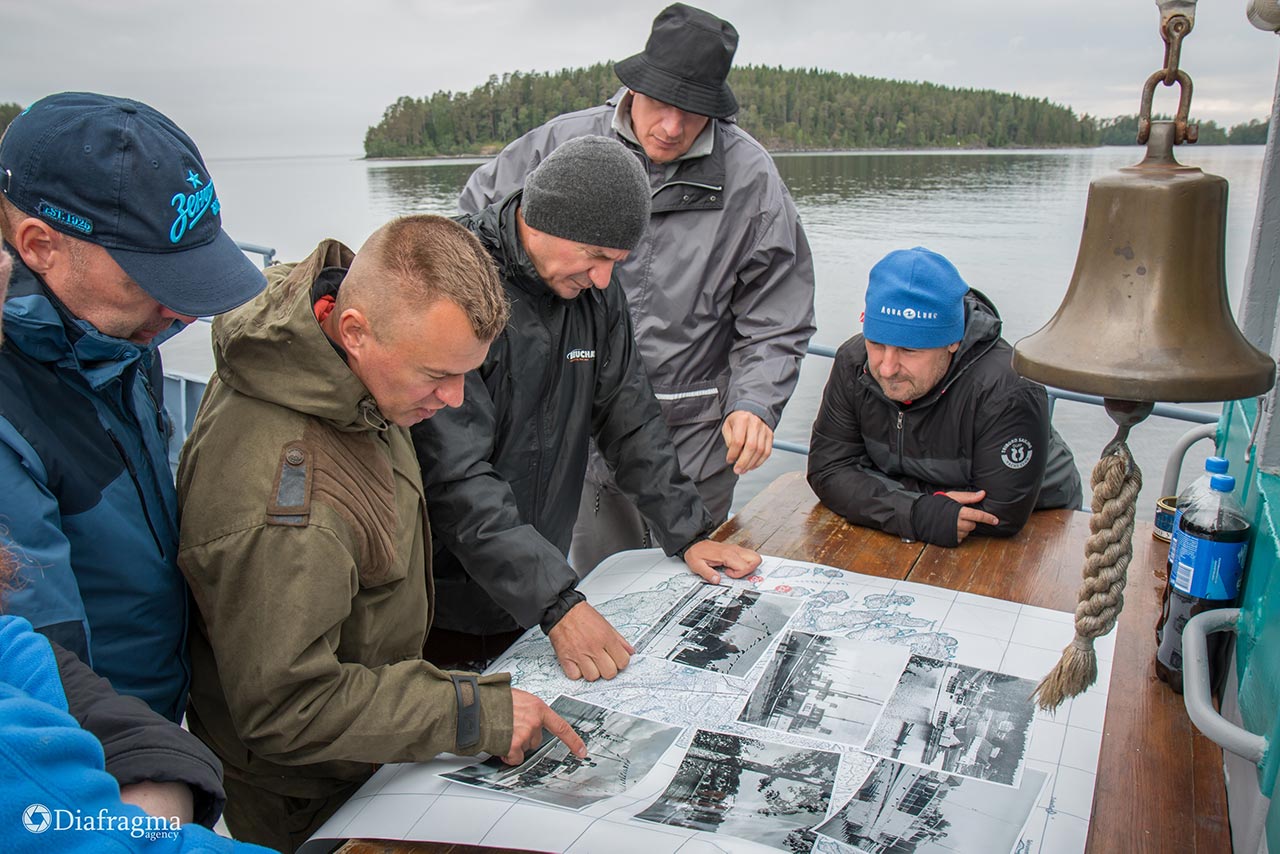 It stayed under water more than 80 years. After an air raid in 1940 a steamship plunged into a depth and it was unknown till now, where it was located.

For an Oryol-Voronezh group of divers, this expedition was not the first time. This place was attracted for a long time, after the bombardment, where during the Winter war between the Soviet Union (USSR) and Finland in January 1940, the steamship plunged into a depth of ten meters, and only a meter fragment of the mast remained above the water.

Sergey Kulikov, the head of Divo diving club: “Two years ago, we found a ship underwater, during a regular expedition in one of the bays near the island of Valaam.” Initially, we thought that this ship was called “Saint Sergius”, and this year a third expedition was organized to establish its name and its involvement in the Valaam flotilla. During dives a lot of archival documents were studied, artefacts were raised, and the ship's measurements were made. And now we can assert that this ship called “Walamon Luostari” (this name was written on board).

In 2019, expedition members conducted a detailed survey of the steamship: they took measurements, made underwater photo and video. And even though they worked in conditions of poor visibility - they could learn the secrets, that the Lake Ladoga hided.

Stanislav Trofimov, a member of the “Divo” diving club: “Participation in this expedition is a rare opportunity to touch a history. For me, diving in difficult conditions with a poor visibility and low temperatures was first. Going down into a depth and seeing the bottom, I was a little confused. There was a solid darkness around. Raising my head, a little higher, I saw in a light of my lantern - a side of the ship. This was an experience to remember. I really wanted to touch it like a toy as a small child, to feel what it was like. The ship was perfectly well kept. Passing near, I saw well-preserved hemp ropes and masts, which fell slightly to one side. I tried to investigate each porthole and saw what was inside. The charred wooden elements of the ship reminded of the fire that happened in the distant 1940. It was like a time capsule. Nothing has changed in 80 years, only covered with underwater dust. Such an adventure happens rarely, and I am glad that I had an opportunity to participate in it!”

Divers have no doubts: the steamship that sank off the coast of Valaam Island in 1940 was called the “Walamon Luastari”. There is another big journey ahead. Members of Oryol Diving Club shared their plans.

Sergey Kulikov, the head of Divo diving club: "Our most cherished dream is an expedition in the Kara Sea." The last message from the "Hercules" came in August 1912. Under what circumstances the expedition of Rusanov was lost, is still not known. Perhaps Oryol divers may shed light on a history of the death of Arctic explorers.